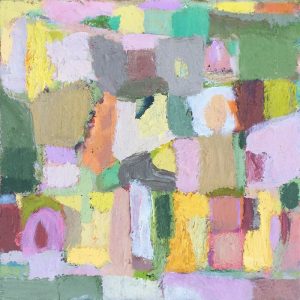 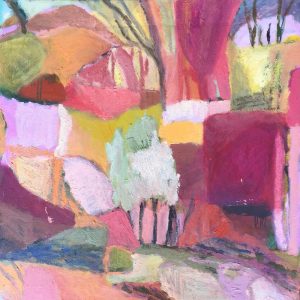 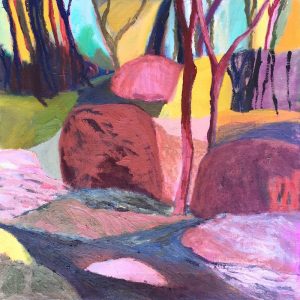 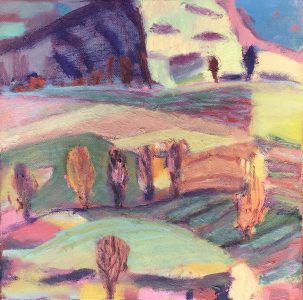 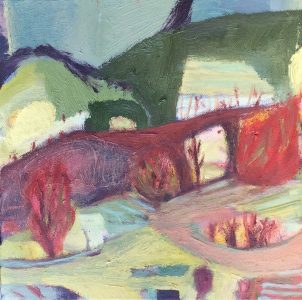 I love being alone in the landscape; walking, sitting, thinking, feeling and absorbing it. More aspects are revealed the longer one looks, actual, imagined or desired. I create large scale oil paintings and tiny little works on wood.

The small format suits working quickly out of doors leaning on my knee. For the many years I have lived in remote areas of the Northern Territory and South Australia. I would walk with a water bottle, basic art materials, and my two toddlers through new terrain discovering compositions and atmospheres to record.

I really enjoy drawing en plein air, however I use these scribbles essentially as a spring board and the initial observation tends to shift in the studio on larger canvas.

Recently I have settled with my family in the beautiful bush of Nth East Victoria. My basic tin studio is nestled in a valley amongst the gums, granite boulders, wombat burrows and the wedge tail eagles soar above. The whole area is steeped in Aboriginal and Gold history of one kind or another. Our very first summer here we were evacuated due to nearby fires. Thankfully the wind changed and then the rains came.

The original landscape I observe daily is reinterpreted with colourful oil paint mixed with bees wax. Subtle decisions and seemingly spontaneous brush marks begin to dominate. A very personal reinterpretation and response to the landscape is created through the push and pull of colours, the creation of varying textures and being resolute with abstractions.

Pop Up I and Pop Up III, Muse gallery, Milawa, VIC

Out of the dark…into the Light, Broken Hill City Art Gallery, NSW